My Daughter's birthday presents to me.

As always Chon's presents are so beautifully wrapped. The writing on the paper amongst the stamps says 'Have a first class birthday' and which became true as I certainly did! 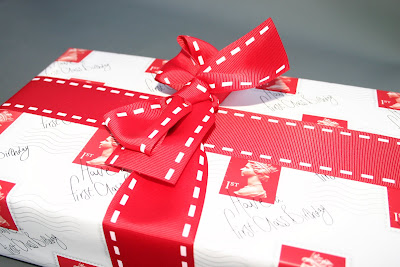 My 70th Birthday Book which is 70 pages full of my Sasha Dolls and their outings and special memories.
My 70th birthday doll, a Blue Cord, graphic eyed Developmental 1966 Frido NP is featured on the front dust cover but now dressed in a Pinestreetstudio outfit.
(Unfortuately not all my dolls could be featured here but hopefully they will make it into the planned future editions.) 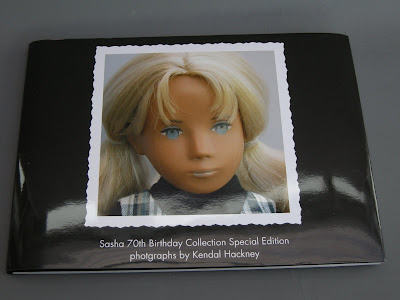 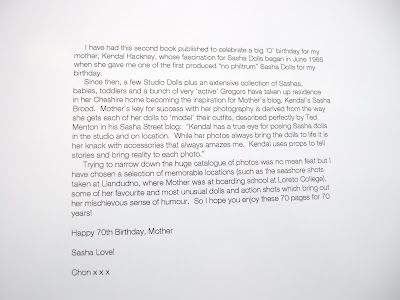 Two of my Studio Dolls in their original clothing. 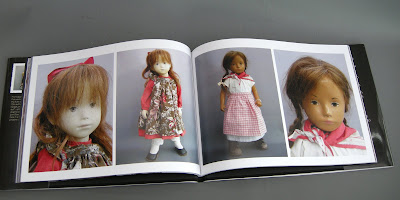 Anis, my little minx of a Trendon baby with a mohair re-root by Bettina.

Bea, a 1990s Gotz Toddler, customised by Raven and Anis' partner in crime.

Some special outings with the Gregors (and Holly.)

Four of my active, sporty and 'Dollydoodle-leisure-suited' Gregors, Fritz, Sam, James and Jac.

Some of my many babies at play.

Another most enjoyable visit to Llandudno, North Wales where I went to boarding school from the age of 11 to 18 years. 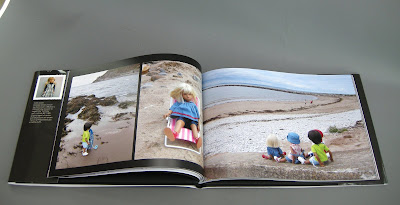 Three of my Sashas playing 'mothers' with my minature Red French prams.

Belle, a Shelly customised 1970 Trendon Gregor wearing Robbin Atwell's winning pinafore entry in Ted's 'Pinafore Challenge' and then so generosly given to me by Ted as a recovery from surgery present. 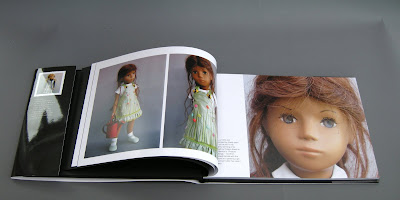 On the right are my Sasha Brood welcoming Tilily, Melody's US travelling doll, seen here arriving in her box.
Left is a Developmental OOAK 1966 Frido NP with her eyes painted by a Manchester Art Student. 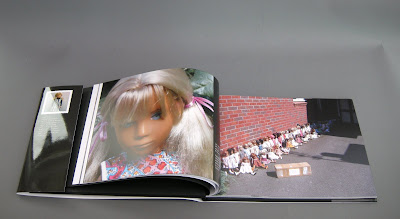 My thrill at having two of my photos chosen as front covers for the Sasha World magazine. 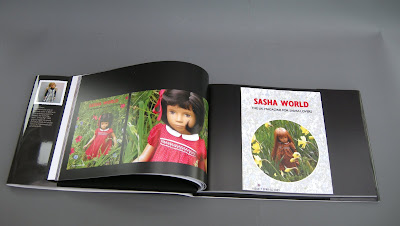 A fun visit with ALL my babies to one of our local children's playgrounds. 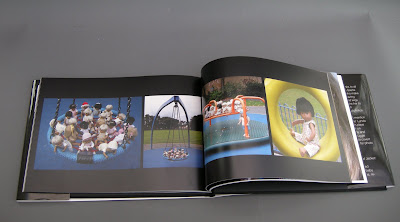 On the right was an article entitled 'Ten Sasha babies sitting on a wall' that I did for the Sasha World magazine.It is an enactment of an old UK counting rhyme, 'Ten Green Bottles standing on a wall.' 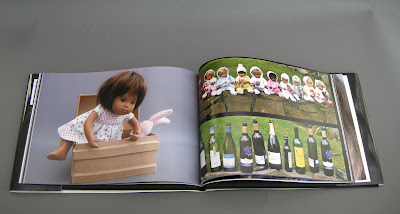 My Sashas love the chance to dress up whilst Fritz enjoys riding on his motorbike over rough terraine. (All these photos were used in the Sasha World magazine.) 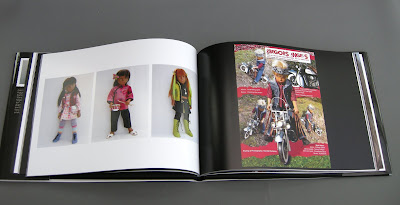 I have been increasingly worried about a back-up for my Sasha photos etc. so Chon gave me this superb surprise in the form of a 'State of the Art' portable 500 Gigabyte “FreeAgent Go” hard-drive by Seagate which automatically backs up your files & then stores extra data. (I know that both Ted and SusanLK will be pleased that I now have this as they have been encouraging me for quite some time to get some form of computer back-up.... BUT I was trying to first delete a good few thousand of my poorer earlier photos, but didn't seem to be getting anywhere fast.) 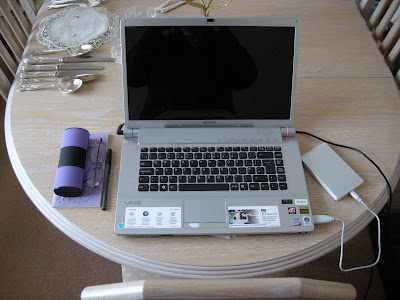 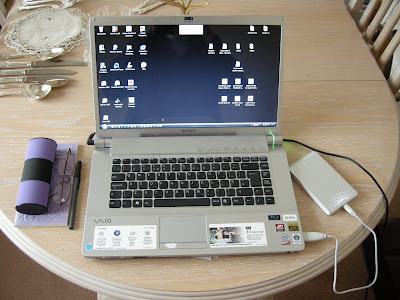 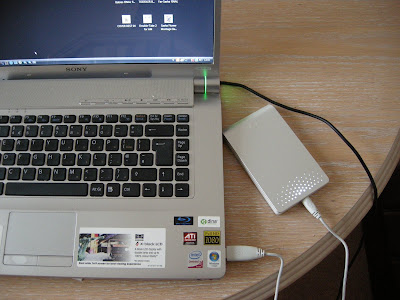