In the Dollydoodle purple and lilac group.

Faith and her best friend have set up a 'Purple and Lilac group' (you have to be wearing these colours when they meet up.) At the moment they are the only two members but hopefully more will join when the word gets around. 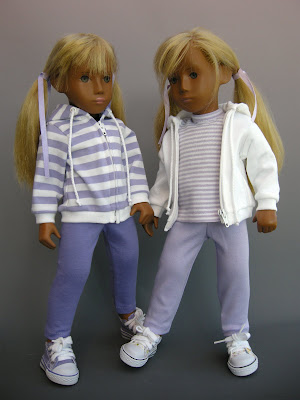 This is Faith, an early 1960 Gotz waif girl who came to live with me during the Pope's visit to the UK, hence her name. She is wearing a Dollydoodle purple/white stripped hoodie over lavender leggings and commercially made converses in purple. 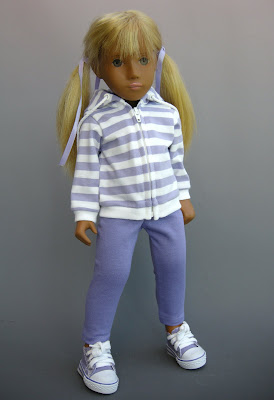 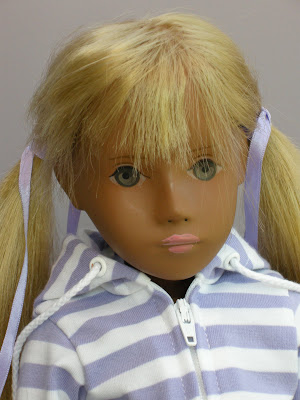 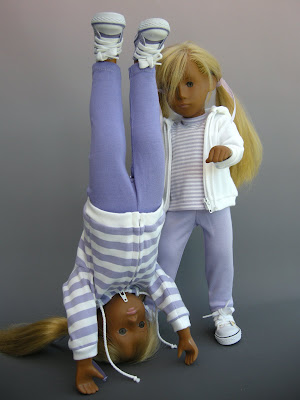 Until just now this little girl, a 1960s Gotz slate eyed waif like her friend, had NO name but after seeing this and the next close up facial photo it has dawned on me that she looks just like I did when I was ten years old, so have decided to name her Kendal-Ann after me. (Hoping that she doesn't object to that.) 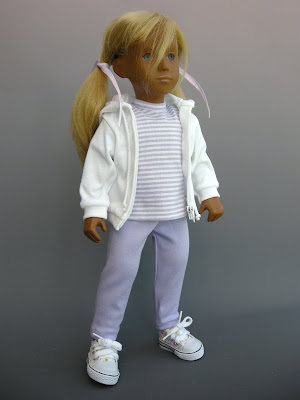 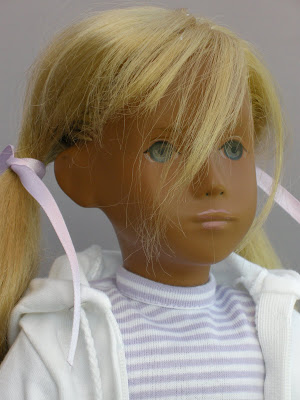 Kendal-Ann is wearing a Dollydoodle white Hoodie over a lilac/white stripped T shirt and lilac leggings and commercially made converses in the 'bubbles' pattern. 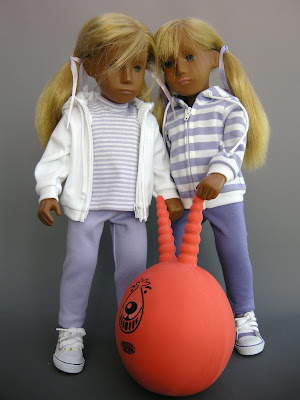 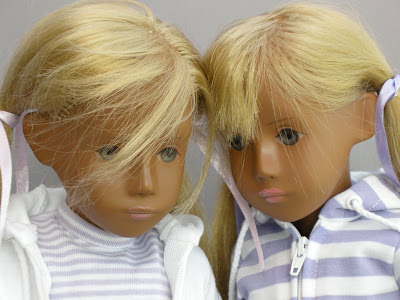 Amber is forced to find another outfit after Mia borrowed hers!

Amber, my 1960s Gotz orchid crude eyed girl has chosen to wear this outfit consisting of a long knitted tunic and hat (by eBay ID Postiesbabe) leggings (I have unfortunately forgotten the seamstress) and JJ boots. 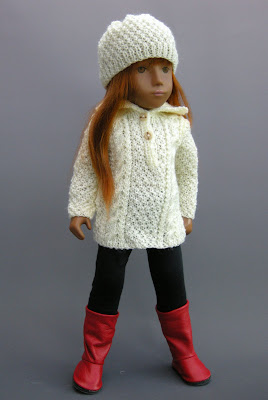 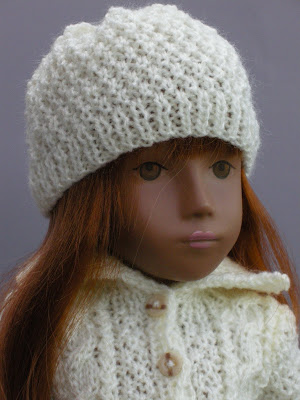 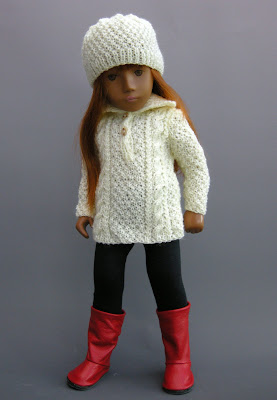 Unfortunately I just haven't had the time to get my Autumn/Winter Sasha clothing boxes out and sorted so one or two of the Sashas have in the meantime been interchanging and borrowing outfits already out on display. 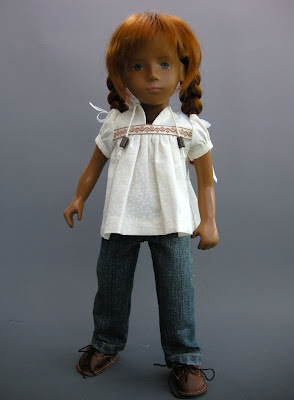 I told Mia to especially to look for creams and browns to go next to her hair and this outfit of Ambers is what she has chosen for the time being. 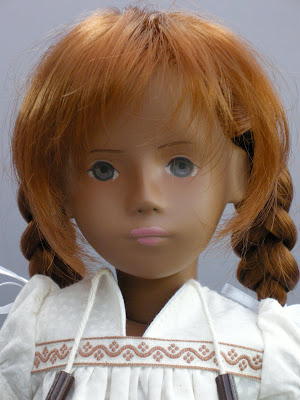 Very well chosen, Mia. You can now see that cream suits you much better than pink. 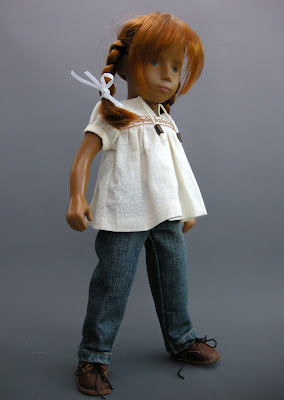 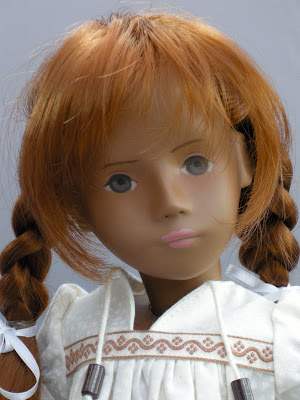 This doll, considered by most of my visitors, to be my prettiest girl wears a Pinestreetstudio dress, the print of which delightfully enhances the grey/blue of her eyes. 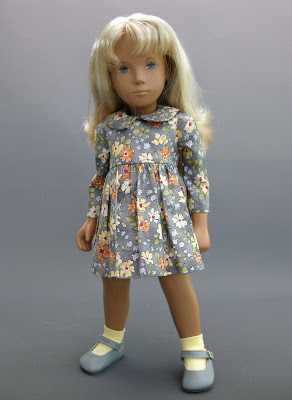 Apologies for the stray hairs. 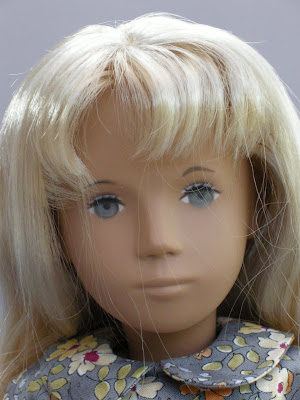 Tabitha, customised by Shelly, has chosen a similar Pinestreetstudio styled dress which again 'brings out' her eye colouring. 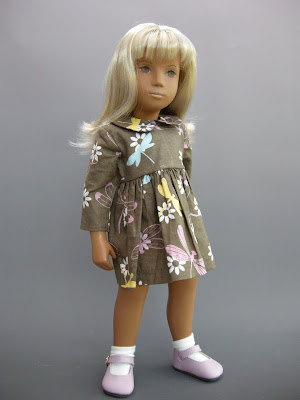 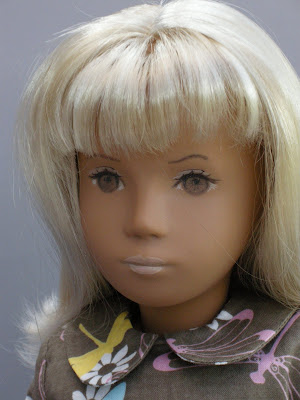